Ahead of the info that we currently use 2 different super speed scanners, which in our opinion are the top scanners on the market. On the one hand the Pangolin ScannerMax Saturn 1 and the Cambridge CT6215 High Power.

First of all, it is important to know that Super Speed scanners cannot be integrated into every laser because the maximum mirror size of a Super Speed scanner is limited. For example, the Saturn 1 with 90k has "3mm" scanner mirrors. Why is that?

The speed of a scanner depends on the size of the scanner mirrors. The bigger a mirror, the heavier it is, and the heavier the mirror, the slower the scanner works! If you want to achieve 90k scanspeed, the laser beam ( that is, the exit size of a laser beam ) must not exceed 3mm, because the mirrors of the super speed scanner may only be 3mm in size. For this reason, a 90k update is only offered for show lasers whose beamsize does not exceed 3mm. In the main, it is a "power limit" that limits the use of 90k scanners, because the more powerful a laser, the larger the beam.

The ScannerMax Saturn 1 ( with 90k ) is basically the same scanner as the ScannerMax Saturn 5 ( with up to 50k scan speed ). They differ in the main by different sized scanner mirrors ( 3mm / 5mm ). The Saturn 5 therefore only comes to a speed of about 50kpps at ILDA 8 degrees.

If you want to see a 90k scanner in action, come to the Kvant or Pangolin Laser booth at the annual Prolight & Sound show. Alternatively, just give us a chat.

An essential part of a laser projector is the scan unit consisting of galvanometers and their control ( driver ). Now in the laser industry, there are many claims about the speed of a scan unit. Here one can be easily blinded, since the speed alone (e.g. 50kpps) is "not at all" meaningful. Unfortunately, some manufacturers specify either no output angle at all or a halved angle at which this speed can be achieved. For this reason, the standard ( "at ILDA 8┬░" ) was introduced. Only in conjunction with this specification can speeds of scanners be seriously compared!

I will gladly give you an example that illustrates it well.

If you are 5m away from a wall with your laser and project a 1 x 1 meter image, it is obviously easier for your scanner than if you were to project a 10 x 10 meter image. Even if you set 40kpps of speed in both cases, you will notice a significant difference when it comes to "the jerkiness" of the image. After all, the scanner has to display an image 10x as large at the same speed! At this point, the differences that distinguish good scanners from less good ones become clear, "although" both scanners may be specified with 40kpps! Not for nothing there are 40kpps scanners for 150, 500 or also 1000 euros. The angle at which this speed can be achieved is crucial!

Who needs a superspeed scanner now?

The question can basically only be answered in a conversation, as it really depends on what the customer wants to spend on their laser.
However, here is a good example: Try outputting all the text you see here on a laser without a superspeed scanner. You'll notice that the output flickers - and - the faster you set the scanspeed, the more the letters will warp.

Here are the images of a Pangolin ScannerMax Saturn 1 We also like to use the Cambridge CT6215 in the high-power version. An analog scanning system that has proven itself over many years. The quality of this scanner is equal to that of the Pangolin Saturn 1 scanner. 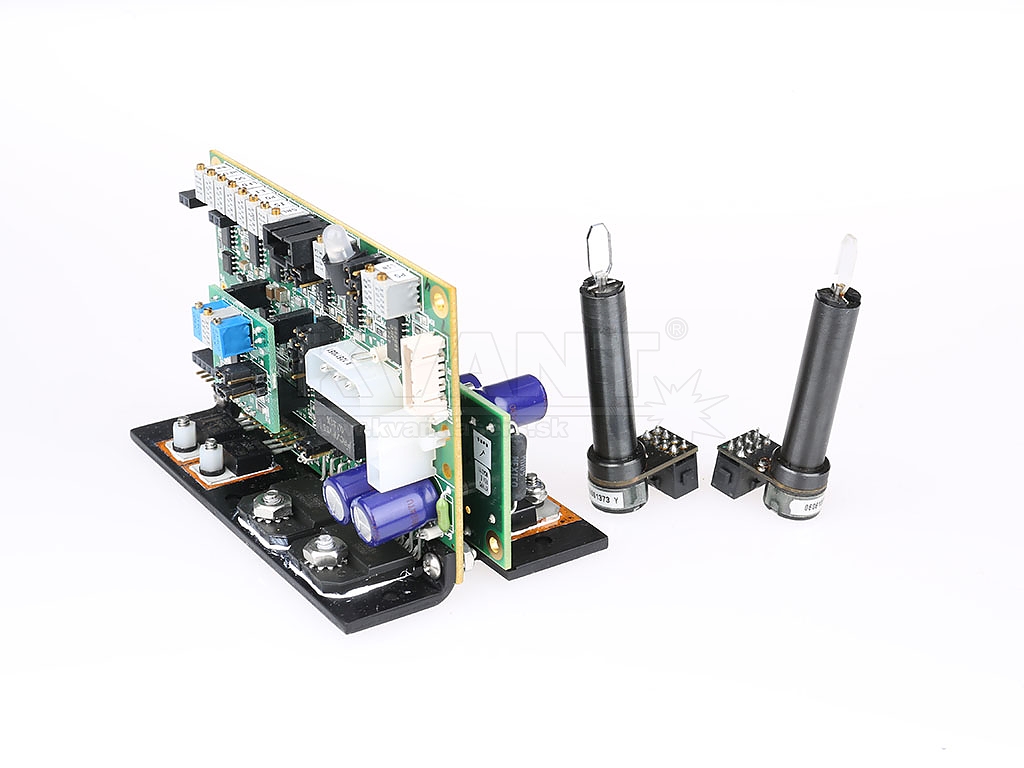